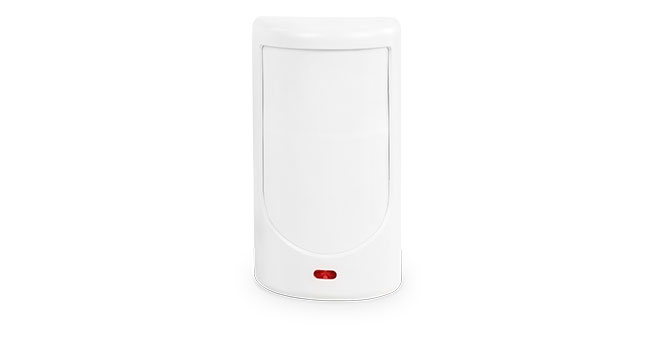 EWP3 is a wireless device intended to secure the premises by motion detection. Due to the dual element technology of a built-in PIR sensor, the device features the pet immunity against the animals of up to 40 kg weight in order to prevent them from causing false alarms while moving within the secured premises. In addition, EWP3 comes equipped with 2 built-in tamper switches for sabotage detection. Due to the power saving mode, battery operation time last up to 2 times longer. In order to start using EWP3, it has to be paired with ELDES alarm system using ELDES Configuration software or by sending a corresponding SMS text message to ELDES alarm system.

It is possible to pair up to 16 EWP3 devices with Pitbull Alarm and Pitbull Alarm PRO systems, while with ESIM364 and ESIM384 alarm systems – up to 32 EWP3 devices at a time. The maximum wireless connection range is 3000m ( (in open areas).